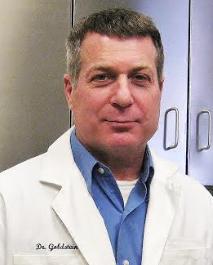 Chief Medical Officer and Executive Director, Zoetis Petcare
Dr. Goldstein graduated from the Koret School of Veterinary Medicine, The Hebrew University of Jerusalem, Israel in 1993 and `completed a residency in Small Animal Internal Medicine at the University of California, Davis, in 1998. He served as a faculty member at Cornell University, College of Veterinary Medicine from 2001-2011. then joined the Animal Medical Center in New York City as Chief Medical Officer at the AMC and served in that capacity until January 2018. In 2018 Dr. Goldstein joined Zoetis and is currently the Chief Medical Officer and Executive Director of Medical Affairs, Zoetis Petcare. Dr Goldstein is board certified in Small Animal Internal Medicine by the American College of Veterinary Internal Medicine as well as the European College of Veterinary Internal Medicine – Companion Animals. Dr. Goldstein’s clinical and research interests are focused on the infectious renal and genetic diseases of dogs and cats. He has published over 70 peer reviewed manuscripts and book chapters and is the recipient of numerous awards including the Norden Distinguished Teaching Award in 2004
Sessions